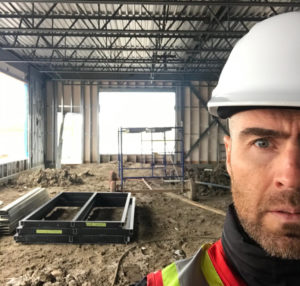 What happens when a Commercial Real Estate Syndication Goes Bad

I was working on a $6M commercial deal that didn't go as planned.

I'd been working on this investment opportunity on and off for 8 months.

Finally, the timing was right and I made an internal commitment to getting control (step 1 to purchasing).

While most investors only talk about the 'successes'- today, I'm going to show you the failures.  Because, in reality, there are more at bats where I strike out (don't even get on base) than singles or home runs.

It was a 12+ acre partially developed residential property just south of Phoenix.  I had partners lined up and was getting my money organized.

I spent the weekend working on my 1 pager (which turned into 6 pages) to send to my equity partners.

I soon realized the investment analysis was going to be far more complicating than other deals I'd worked on.

Bridge financing- how much? how long?

I'd have to build the balance of the units in phases. How many at 1 time? How much equity would I need and when.

It was a logistical challenge to say the least.

I'd done my research and along with my broker (who did a lot of the leg work) we uncovered the "gap" in the marketplace.

This Gap is what I was looking for.

It would be how I would sell the deal to investors.

Sat morning- 5am- 8:30am (when the kids woke up)- Shane to create the 1 pager for investors. Refined it throughout the day. Practiced pitching to wife and brother in law.

Sun morning- 5am- 7:45 (kids up early) - financial analysis. Showed to 2 investors- does this make sense? Made small changes to read better.

Mon, 5am - noon, prepared the package and submitted the LOI (letter of intent). Sent to partner- are you good with this? One last set of eyes before I sign and send off.

Email: Broker, here's the LOI. Let me know when you present.

I need to move the money into the US. It takes time to set up the companies and move money and accounting set up.

Me- ok, get me a counter. I'm not going to negotiate with myself.

Someone else got it Shane.

Me- really. Do you know the details?

Broker- yes. Full price and DD will be done by end of the month.

Me- holy sh(%!. I couldn't compete with that offer.

Hang up the phone and let out some words that I'm glad my kids aren't around to hear.

Where did I screw up?

What will I do differently next time?

1. Cross border deals put me at a disadvantage. So, if the deal is listed, it's unlikely I'm going to win in a bid situation.

2. This location just announced ground breaking on a new employer that would add close to 1,000 new direct jobs in the area. This was the catalyst.

Just because a deal has been stale- doesn't mean it will remain stale.

Had I had been in the loop- and known the timing of that announcement- I could have gotten in front of it.

Arbitrage Opportunity goes to the local.

I knew I'd be competing on the deal- but didn't ask enough questions. Didn't get on the phone with the listing broker for guidance.

In this case, it wouldn't have mattered- but, it could have saved me 15 hours of prep on a deal that I fundamentally wouldn't have been able to do.

1. I was able to utilize previous deals to UR (underwrite) the property.

So, instead of taking a week to put it together, I was able to put a reasonable package together in 3 mornings.

I did this right.

Lesson- every deal makes me a better investor.

This was a complicated deal. Lots of moving parts.

**** I distilled this Opportunity down to 3 main elements

This I initially missed it.

Demand was there- but not for the product that was already in place. Hence, we needed to change design and this took several weeks to work out.

B) confirm supply. Once again- not knowing the market- this took longer to figure out.

I initially thought the deal was dead based on the rent psf (rent per square foot).

What was the biggest risk (building in a city I don't live in). And, could I find a builder to help mitigate?

I hadn't found a GC yet, however, I'd tee'd up a few once I got control of the property.  A few days after the deal fell apart, my broker called me again.

Shane, I know how you like to do your deals (I like to go in with a price that I can live with).

He continued- down here, sometimes you have to 'play the game'.

The game he was referring to: tie it up at one price (generally a higher price) and give the seller the terms they want.

Then, once you control the deal, tune it up. If need be, drag it out on timing and possibly drop close (renegotiate).

I hate when others do it to me- so, not going into a deal with that plan.

He gets it. And is why he likes working with me. But still- he didn't get a fee and he wanted to make me aware of the playing field for next time.

But, living by your principles, you miss out on some big deals.

So, what will happen on this project?

Who knows, it's likely gone.

But, one thing I know for sure- when you play this game long enough, the time and energy I invested into it, might bring me another opportunity in this location.

And is why I want to be known a buyer with certain investing criteria, non-negotiables and principles.

I won't get every deal- but I only need a few great ones.

Request the 3 Forms for Investing in Commercial Real Estate

Thanks for subscribing! Please check your email for further instructions.