How to Become A Commercial Real Estate Investor

How to Become a Commercial Real Estate Investor

Today (Friday morning) Sean, my instructor was teaching a new stand-up to take down move.

First, you take away space, (think- get in close), frame out, making sure to take away the ability of the attacker to strike and then positioning for the take down.

We worked on the move for over an hour.  I could do it, but I was thinking about each step in the process and, it felt clumsy.

Sean, who’s extremely patient with me, kept going back over my foot work.

For some reason, I kept moving my front foot around and shifting it – which, doesn’t seem like a big deal.  But, in a real fighting situation, I’d be off balance and at best 50/50 if the actual move would work.

It wasn’t until Sean realized my first step in was too far outside.  First, I was stepping in with the wrong foot.  So, when I went to control the arm, I had to move both feet.

Once we corrected which foot to step forward with, and how to brace properly- it took another 15 attempts to find out that my right foot was too far outside the attackers front foot.

I couldn’t move my body to the side, without first moving my front right  foot.  This extra step, took extra time and put me off balance.

Once I stepped in with my front foot next to Sean’s leading foot, I was easily able to step behind with my left, in one motion, while controlling the arm and taking Sean down in 1 smoot movement.

After class, we were talking about how such a small realization can have a huge impact on the overall effectiveness.  If this were on the street, in a real fight, you don’t have time to think.

You are reacting.  But, if you have the presence of mind to realize that you need to step into person, brace, with proper foot forward, move outside of the opponents knees and elbows (go to their side) and then how to take the person down to the ground- you have the tools to handle the assault.

How does this relate to investing in commercial real estate?

If you don’t know what the first step is in evaluating a deal, then, all the other steps are clumsy.

You could go back even further.  If you’re in the wrong market or, investing at the wrong time in the real estate cycle- even if you do everything else right (in your due diligence and property selection) – you can still get killed in the deal. 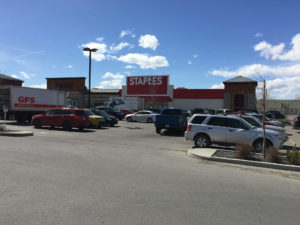 I was working with a client who asked me to evaluate a $8.5-9M retail property in a small town in Alberta.  I was sent the financials and package and was asked to work with the sellers agent and underwrite the property.

On the surface, the deal looked decent.  It offered attractive returns (going in cash on cash) of above 12%.

Tenants had been there a long time and didn’t appear they were going anywhere.

But, there was something that didn’t sit right with me.

After two days of on the ground research and talking with locals, I heard a local developer owned a large tract of land that was zoned for a retail development.  He was planning to develop it and, rumor was, he had Walmart.

Now, I understood why the owner of the property was really selling.

There would be a flight to quality and in a small town, there wasn’t enough demand for the retail proposed.

This retail center is more than 55% vacant and worth less than 1/2 what it sold for.

The new owners, I hear, were smart (son was MBA and dad was a doctor).  I wasn’t involved in the transaction, as I was hired by the buyer to be their acquisitions guy.

It was their first commercial property and, maybe their last.  I estimate they have lost more than $4M in value, and maybe more.

So, how could they have protected themselves against such a loss?

As I look back- the fact they were in a small town, that they didn’t live in or understand was their first wrong step.  Like me, when I stepped out with my left foot first (and opened my body up to be kneed or kicked in the balls) – this buyer stepped into the wrong market.

They had no experience investing in commercial real estate.  So, they didn’t understand or have the intel to know that new supply would kill them.

All that really mattered- wrong first step.  I don’t even need to know the rest of the deal.  It was flawed from day 1.

How to invest in commercial real estate – is really about looking for 6′ inch hurdles to step over.  Especially if you’re a new investor, why open yourself up to a complex and risky first move.

I made these mistakes when I first started investing.

I bought land in Costa Rica from a Canadian developer.

Talk about 10′ fences.  I had no idea what I was doing or how I was going to profit.  I took everything at face value and, suffice to say, 12 years later, still own the vacant land and can not find a buyer (pretty much at any price).

To close this out- if you’re looking to invest in commercial real estate.  Watch your first step.  Get advice from someone you can trust.

Make sure you have identified the risk in the deal.

Ask the four basic investing questions when it comes to real estate:

Simple questions.  But, you’d be surprised how few investors can answer them with confidence. 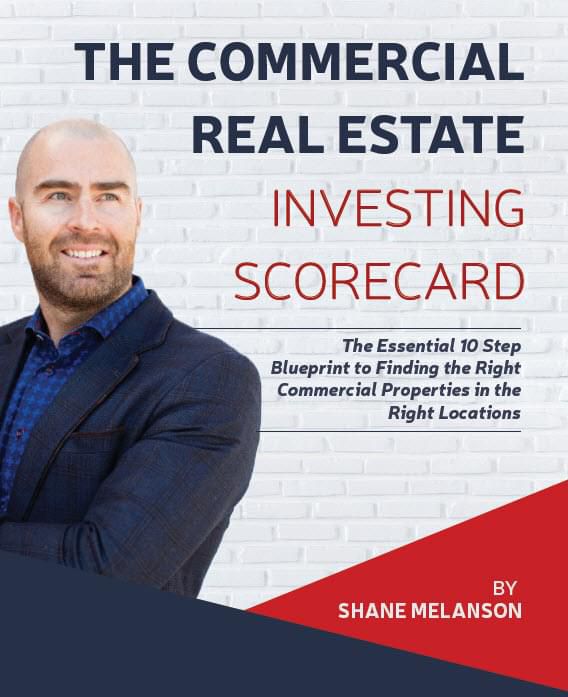 Thanks for subscribing! Please check your email for further instructions.

How to Buy Your First Commercial Property?
Why Real Estate Investors Struggle to Create Real Wealth